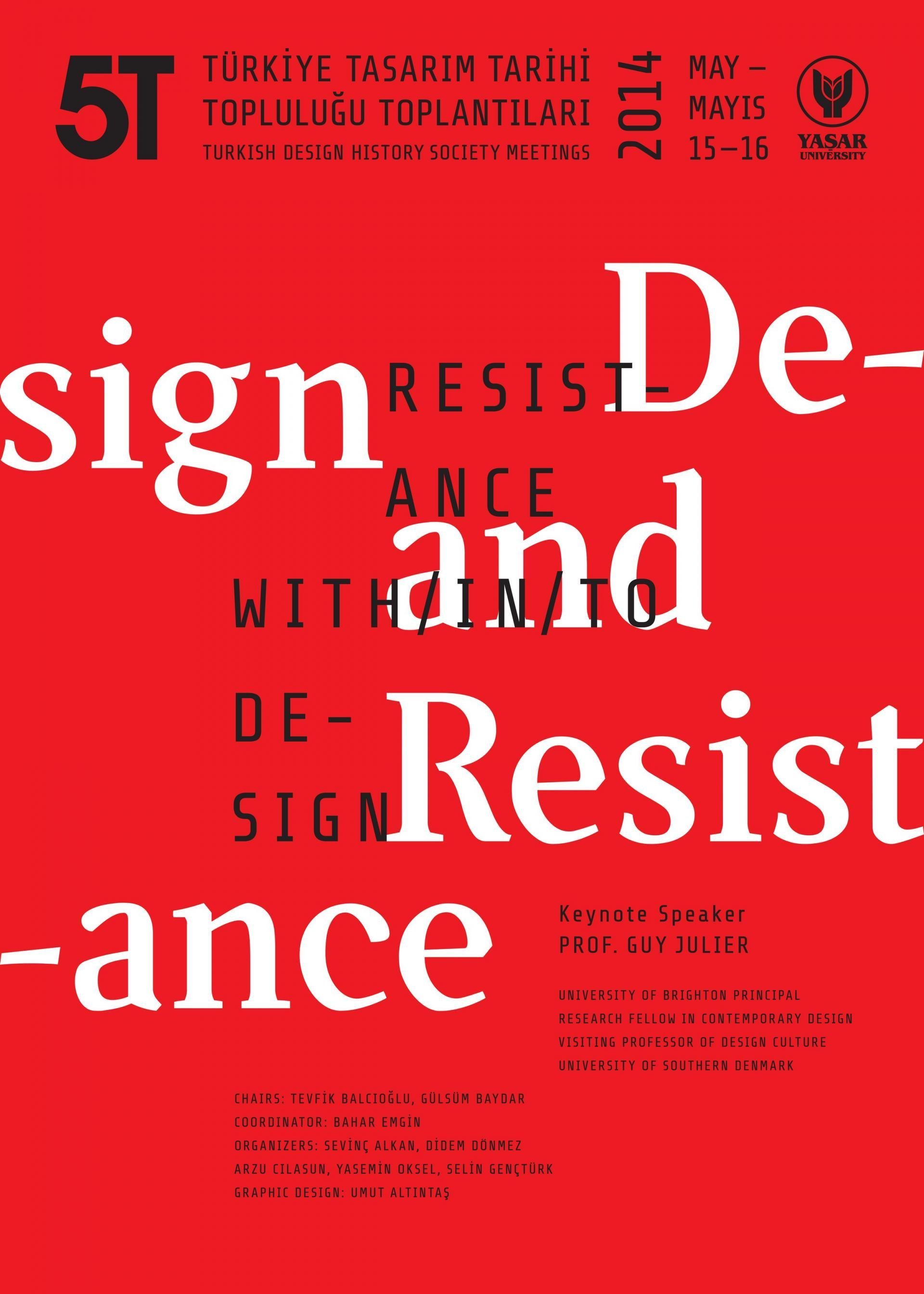 The protest movements that have recently broken out in different regions of the world including the Arab Spring, the occupy movements and the recent Gezi protests in Istanbul have brought onto the agenda the potential of creative resistance. Particularly the advent of digital technologies has enabled rapid production and widespread distribution possibilities. As such these demonstrations have proceeded with their own peculiar visual culture, icons and symbols. Protests which were set off by strong economic and political concerns were marked by the creative use of artifacts, images and spaces. The most pertinent aspects in terms of design studies were the elements of humor, play and creativity that prevailed during the struggles.

In this sense, we had a striking encounter with the dissident face of design apart from its conventional conception as a marketing and styling tool. This creates an opportunity to discuss design’s relationship with the cultivation, organization and expression of social dissent. An examination of the role of design in political outcries requires questioning both established boundaries of design discipline and practice and conventional conceptions of political struggle. Questions regarding the issue include examining the representative and/or constitutive roles of design practices, the ways design addresses and transforms power relations within a given society/social order and the transformations that design thinking and practice undergo during periods of strong social dissent.

Some of the issues contributors are invited to address are as follows: